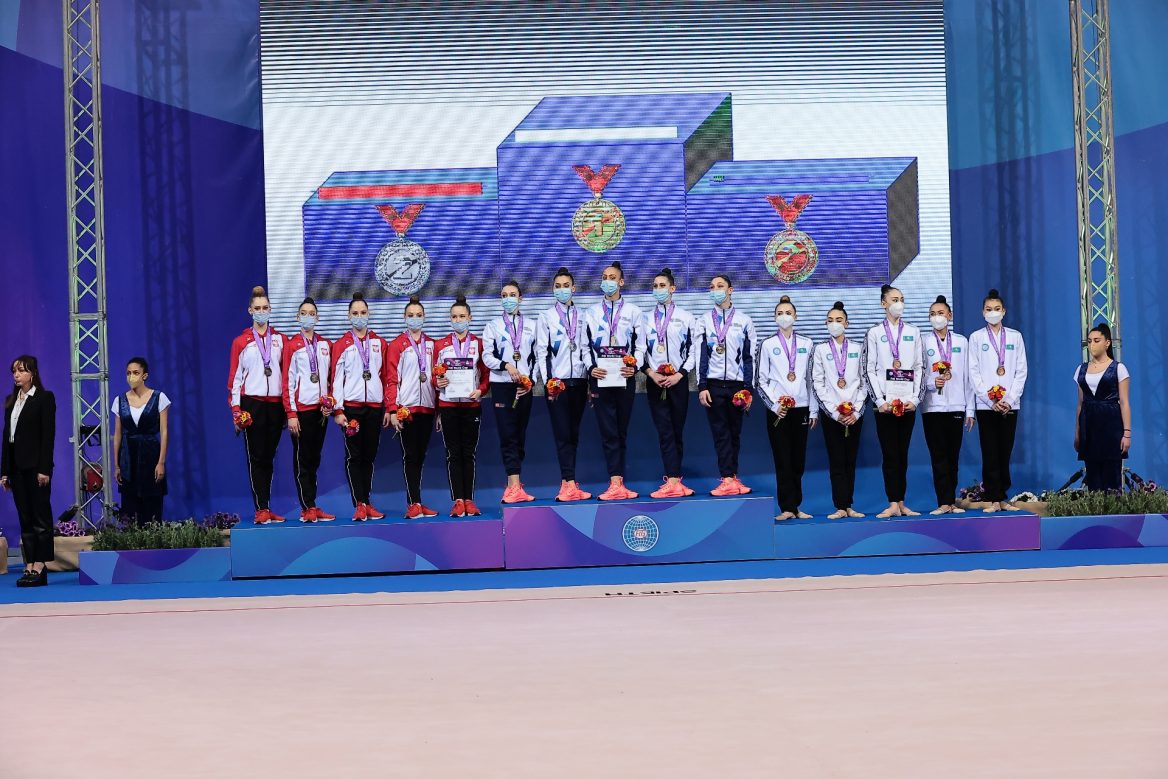 World medallist Sofia Raffaeli and European junior champion Daria Atamanov were both in the spotlight on the last busy day of the FIG Rhythmic Gymnastics World Cup Athens, Faliro 2022 at the Faliro Olympic Indoor Hall.

The two protagonists each won two gold medals in the Apparatus finals, at the first stage of the FIG World Cup Series, but it was the latter who made it onto the podium in all four Apparatus finals for an unprecedented total of 5 medals – 2 gold and 3 silver. Raffaeli claimed three gold and a silver, but completely missed out the Ribbon final.

“I really wanted to win all these medals but I didn’t expect it. I worked hard to be in good shape in the season’s first competition.

I can’t say I am satisfied with my performance in all events. There are a lot of things in my exercises that I can do better, but considering this was the first competition, it was OK.

For future events, I want to be better, keep working and hopefully I will improve and win more medals”, said an overwhelmed Atamanov.

Day 3 commenced with Atamanov beating World’s bronze medallist Sofia Raffaeli in the Hoop final. The Italian set an early pace with 31.700 and stayed in the pole position until Atamanov went out as the last gymnast to enter the stage. A confident Atamanov performed an almost flawless routine to win by a margin of 1.000 and claim the first gold medal of the Apparatus finals.

An astounding performance of Sofia Raffaeli with the Ball denied Atamanov any hope of claiming a second successive gold. The judges rewarded Raffaeli with 33.150, clearly the best mark of the day, for a second win for the 18-year-old Italian in Athens following an Individual All-Around victory the previous day.

Same scenario with the Ball in the Clubs final as well, with Raffaeli coming out on the carpet first. Her 32.450 score was too hard to beat for Atamanov, but the Israeli European junior champion secured a third silver for what it was her fourth medal in total in Athens. For Panagiota Lytra this was a final to remember, as she clinched her maiden World Cup place on the podium with a score of 29.750.

“I’m so proud and excited! This results give me strength to continue and try to be even better in the next events. Competing in front of such an enthusiastic Greek crowd was wonderful. They all supported us a lot and we are thankful. This has been a tremendous experience!” Lytra said, after winning the first ever medal of a Greek Individual gymnast in her debut in the World Cup series.

A… Raffaeli-free Atamanov was a class of her own with the Ribbon and won by a margin of 1.800 ahead of Margarita Kolosov, who upgraded her bronze medal with the Ball earlier with silver in the Clubs final. The German narrowly edged Eva Brezalieva, Bulgaria’s sole medallist in Athens.

Israel’s Group saved the best for last claiming both World Cup titles on the final day of the competition. The Israelis didn’t make it to the top-three on Saturday at the Group All-Around, but held off Poland’s surge to deny them the first Group Apparatus gold of the season. Israel won by a mere 0.200, while Kazakhstan completed the medallists’ set with a score of 26.700, leaving Greece in fourth place.

The capacity crowd at the Faliro Olympic Indoor Hall created an awesome atmosphere and gave Greece’s Group a pig push to win the hosts’ first gold medal in the World Cup in the very last event. Minor errors cost Greece a score higher than 24.250 and Israel capitalized on that to go on top with 26.600. Neither of the four remaining teams matched either Israel’s or Greece’s score, thus the final ranking remained unchanged until the curtain fell.

For Greece this was the first time their gymnasts won three medals in the same event, an encouraging outcome for a nation who missed an Olympic berth at the Tokyo Olympics. 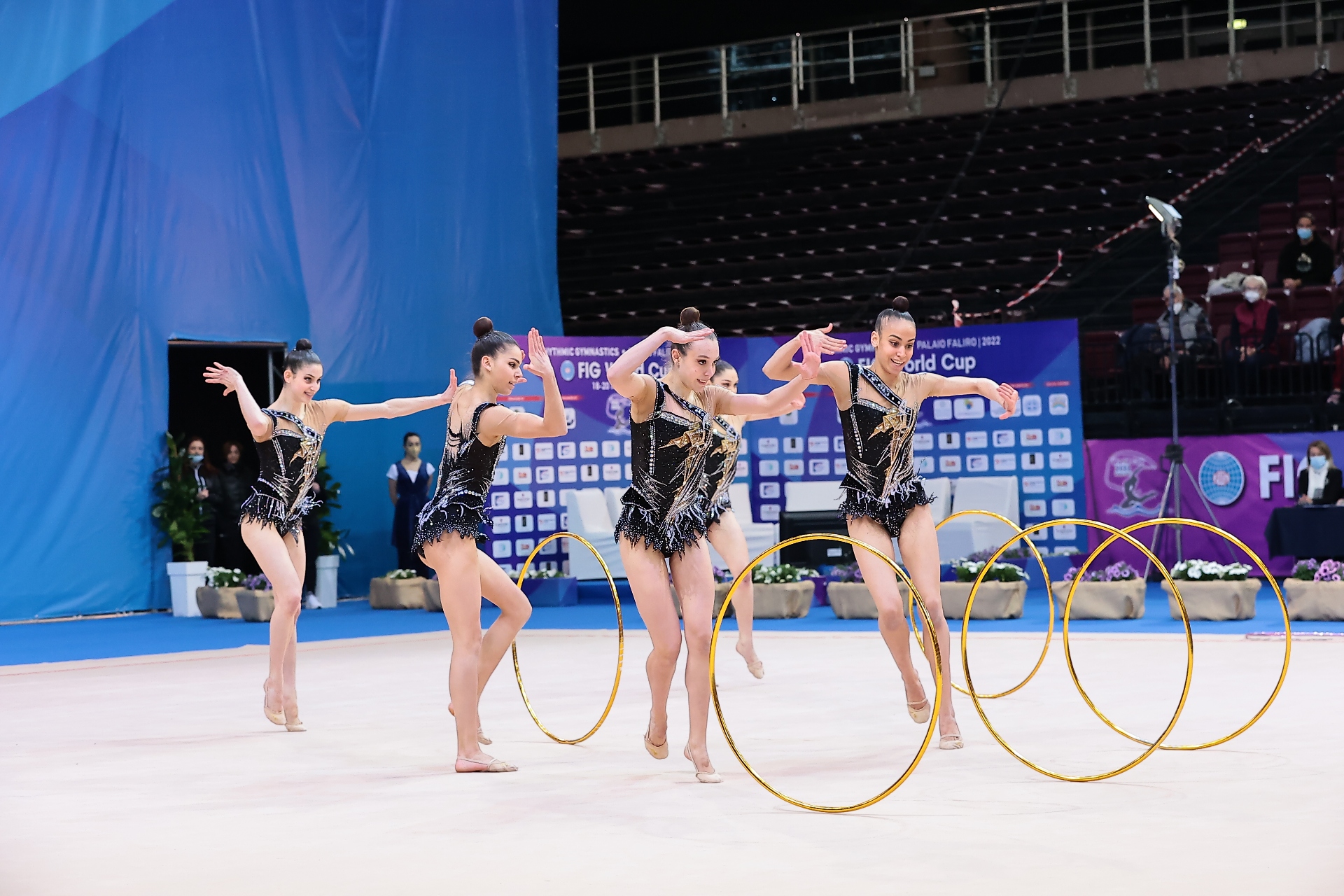 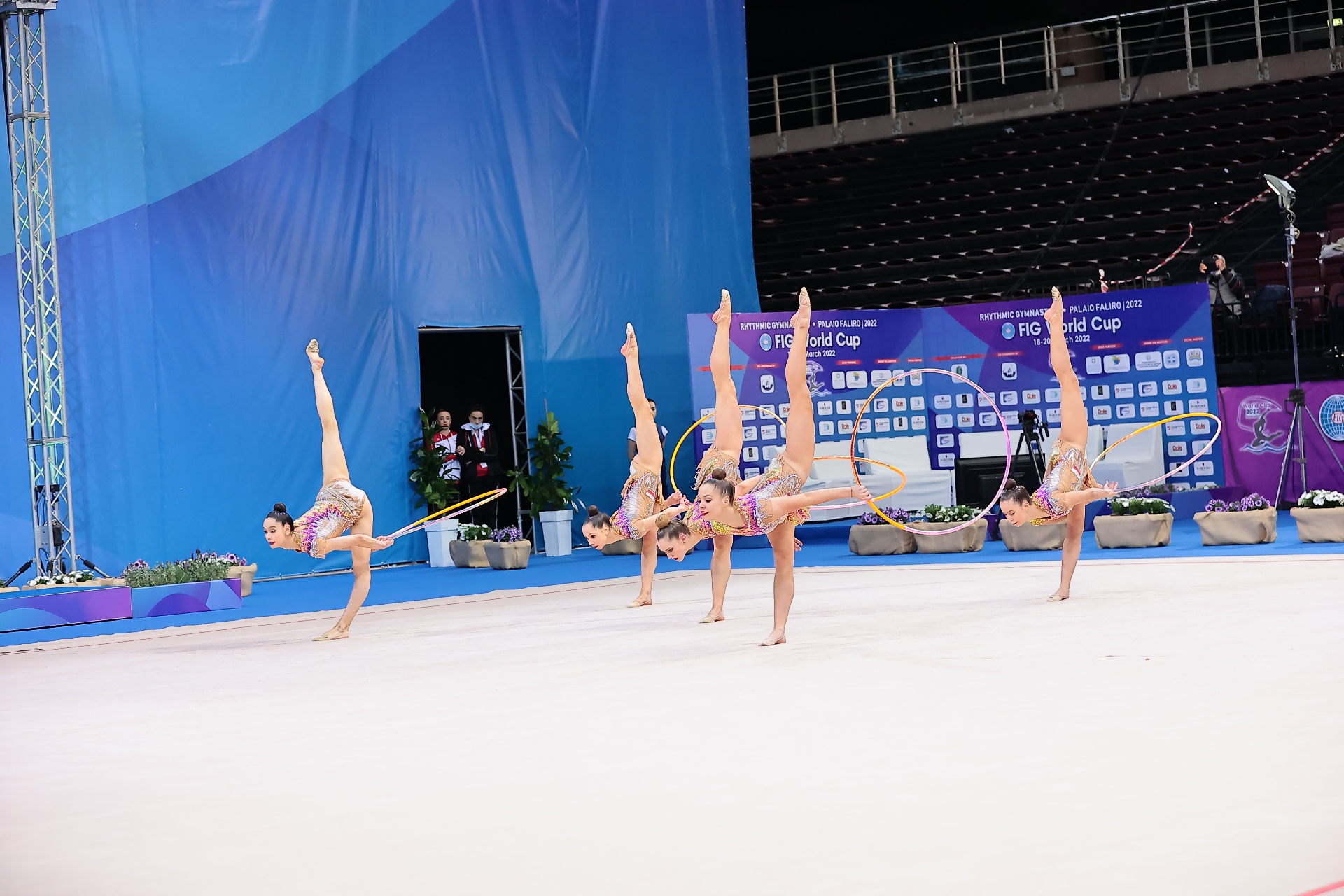 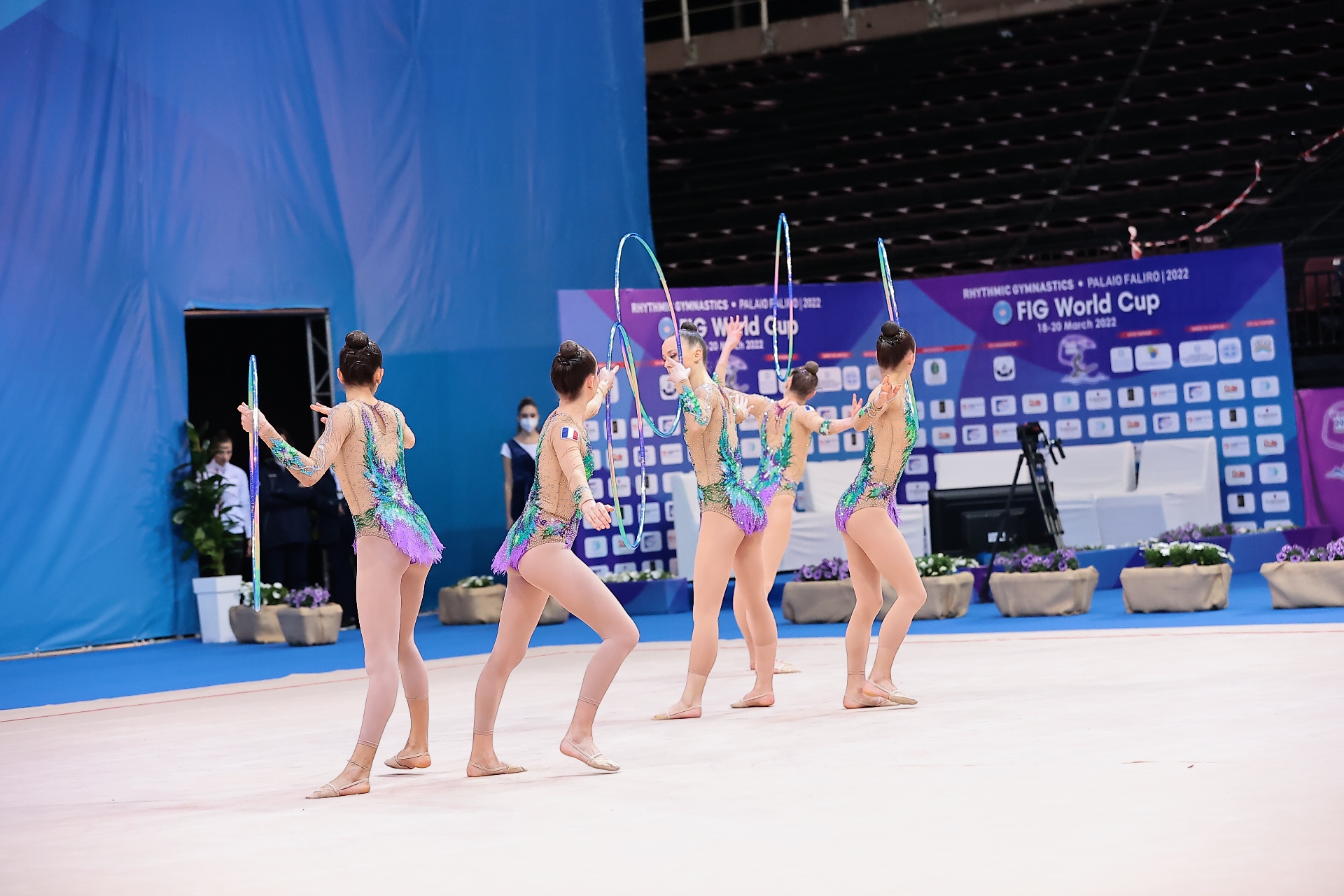 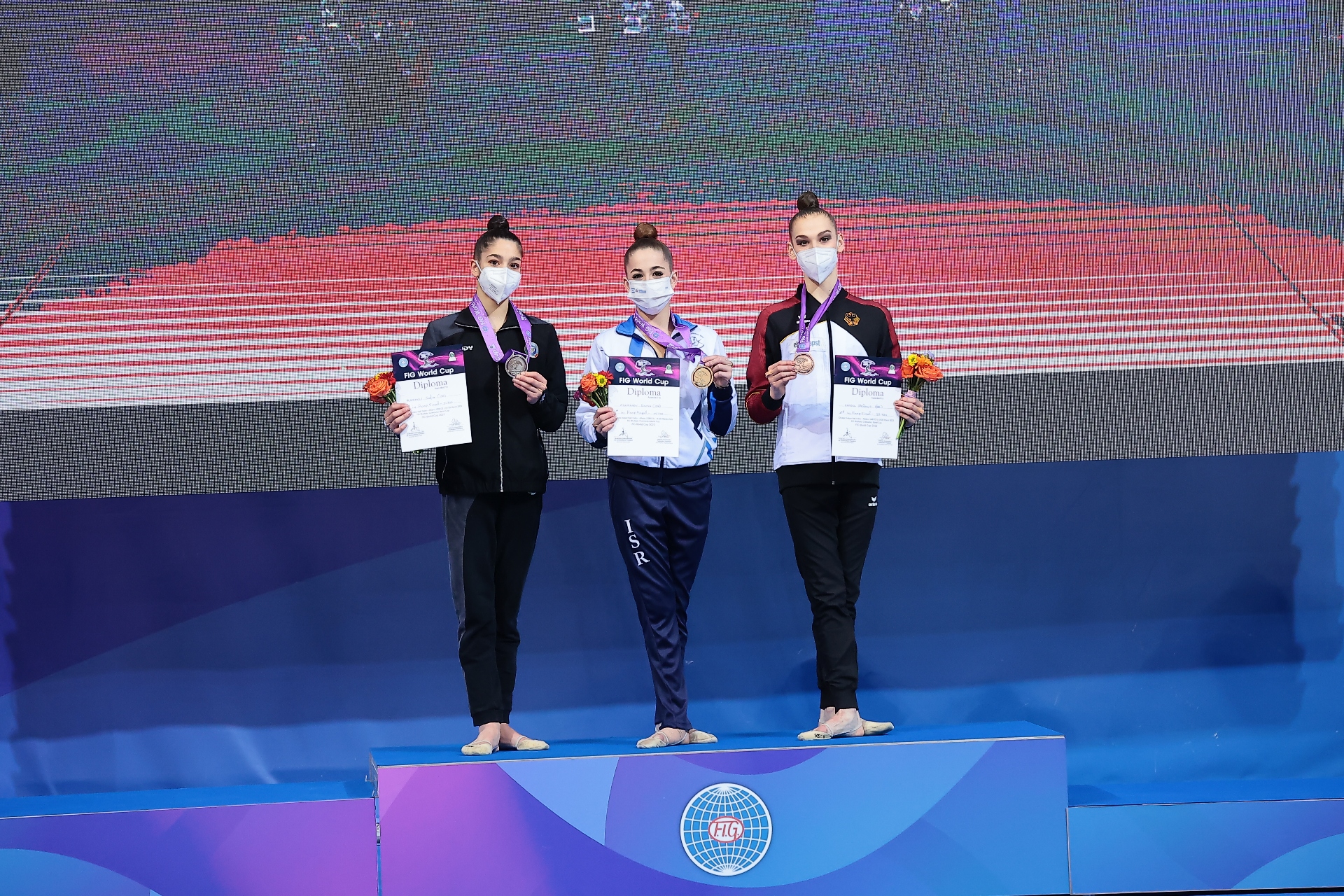 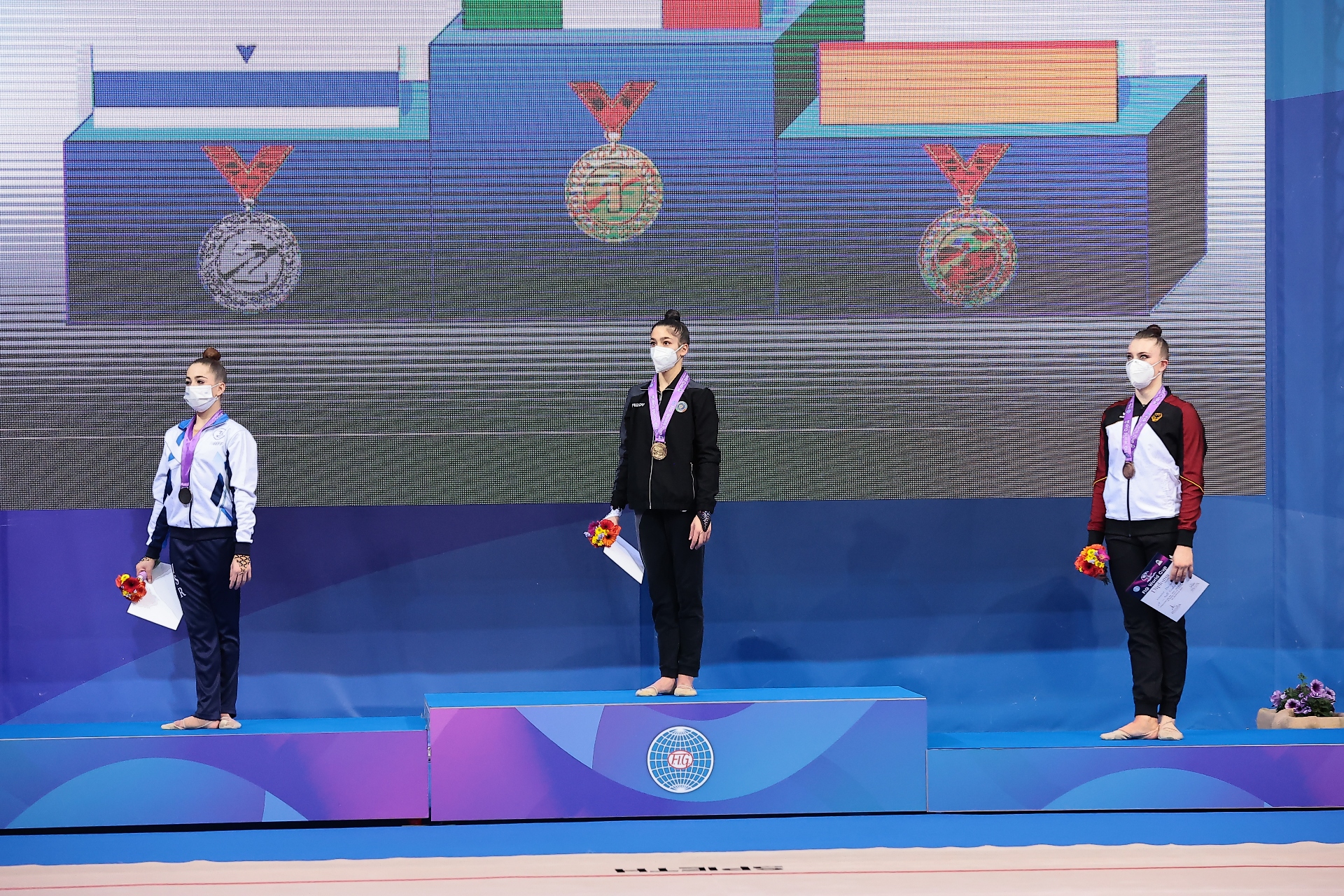 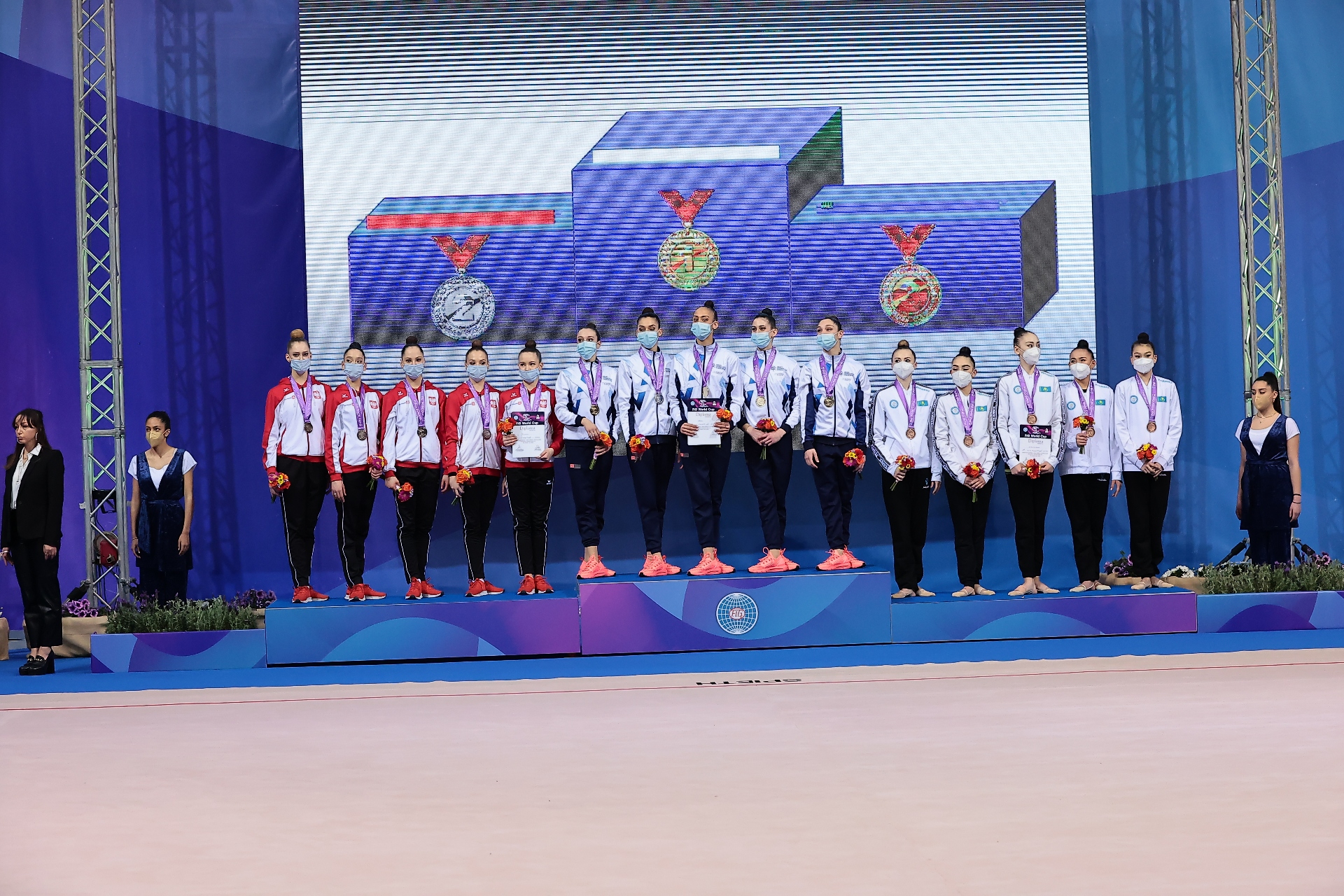 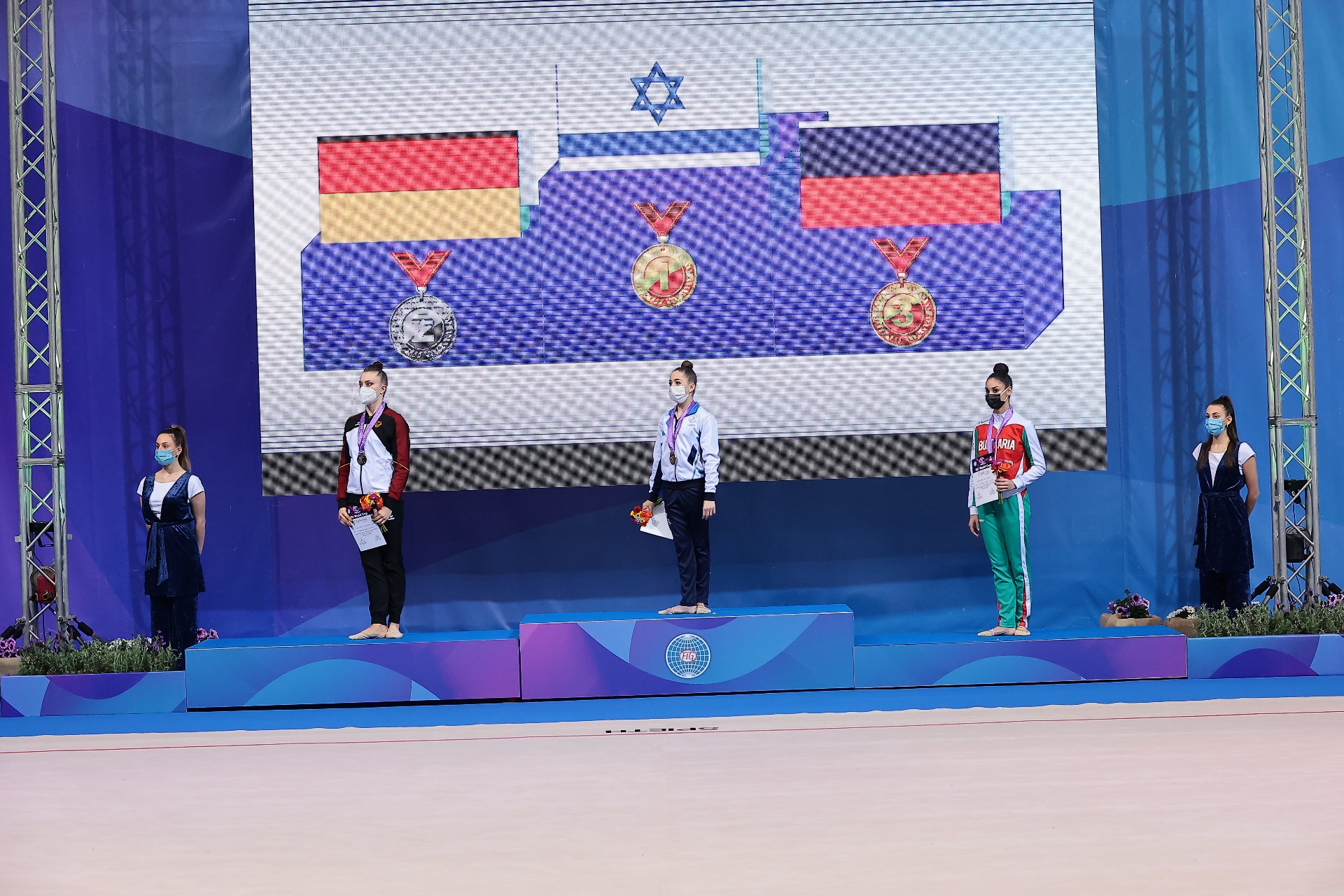 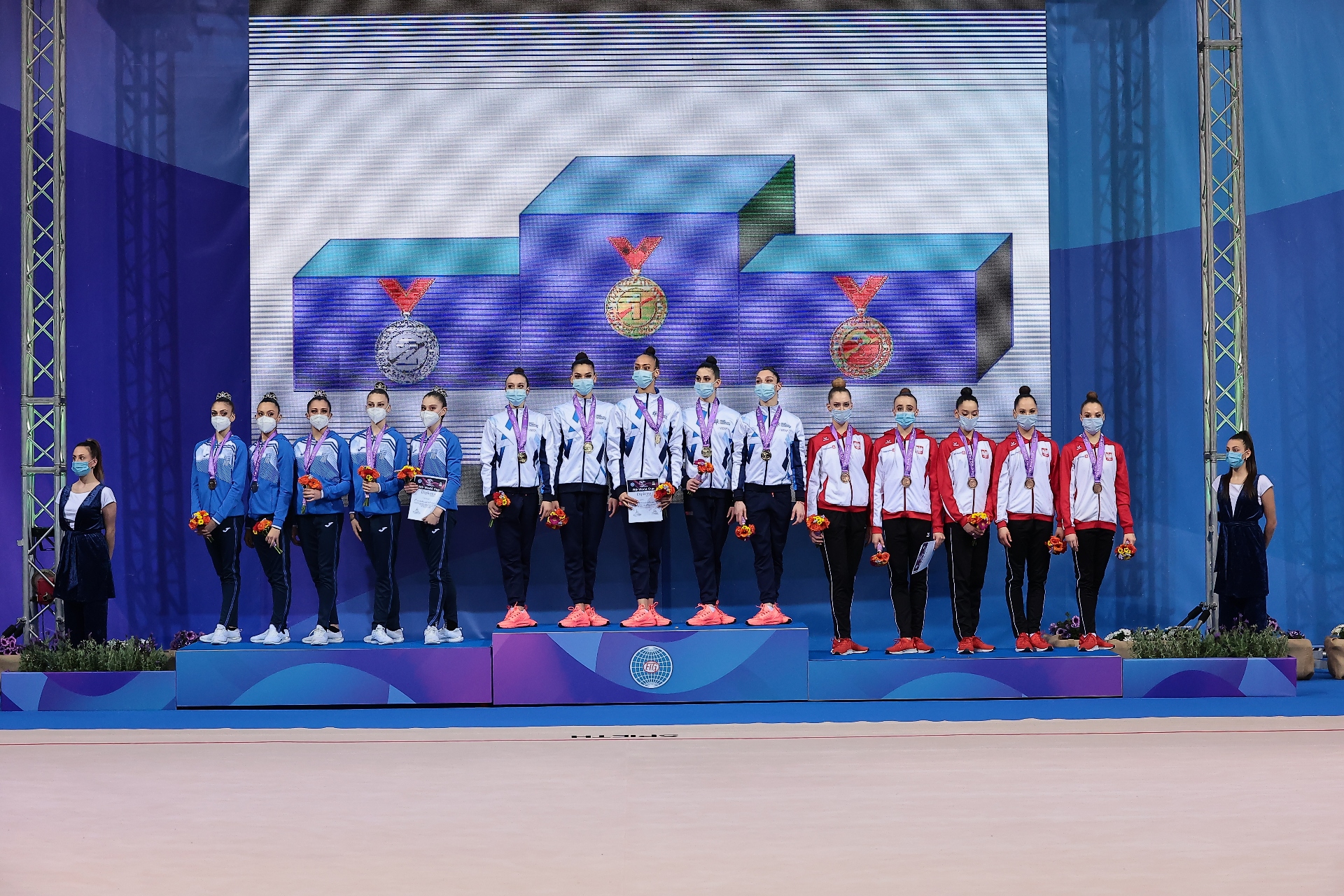 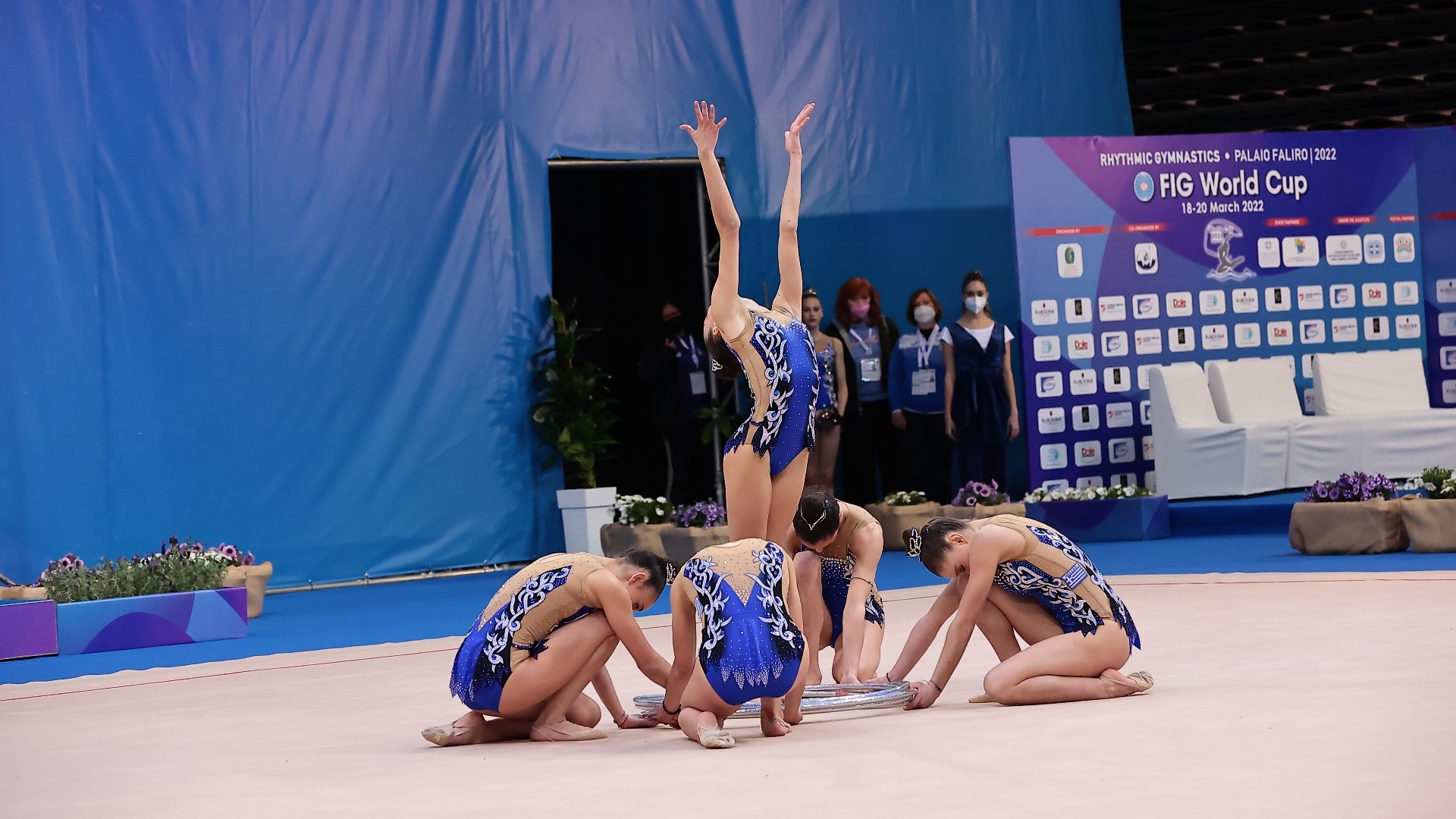 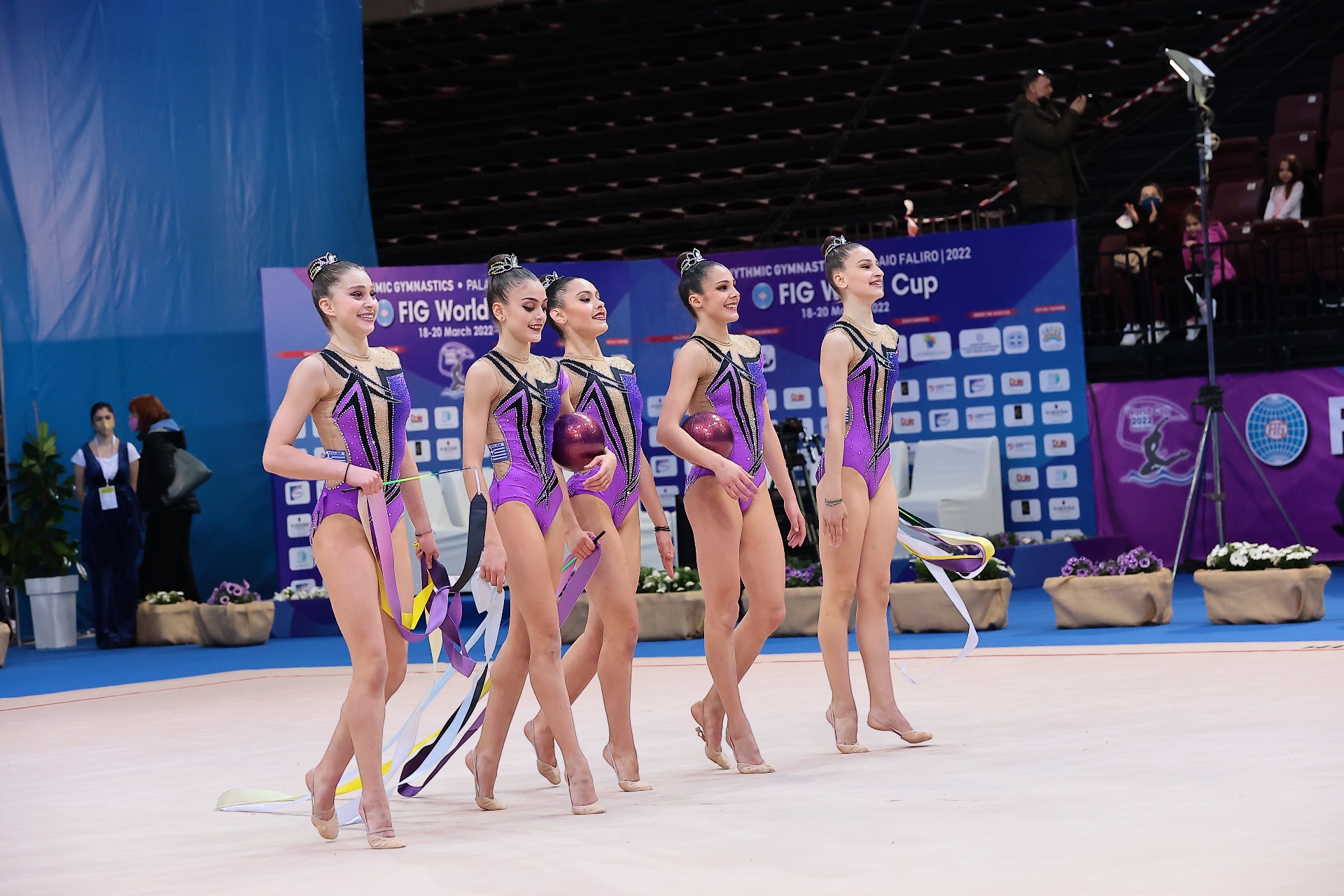 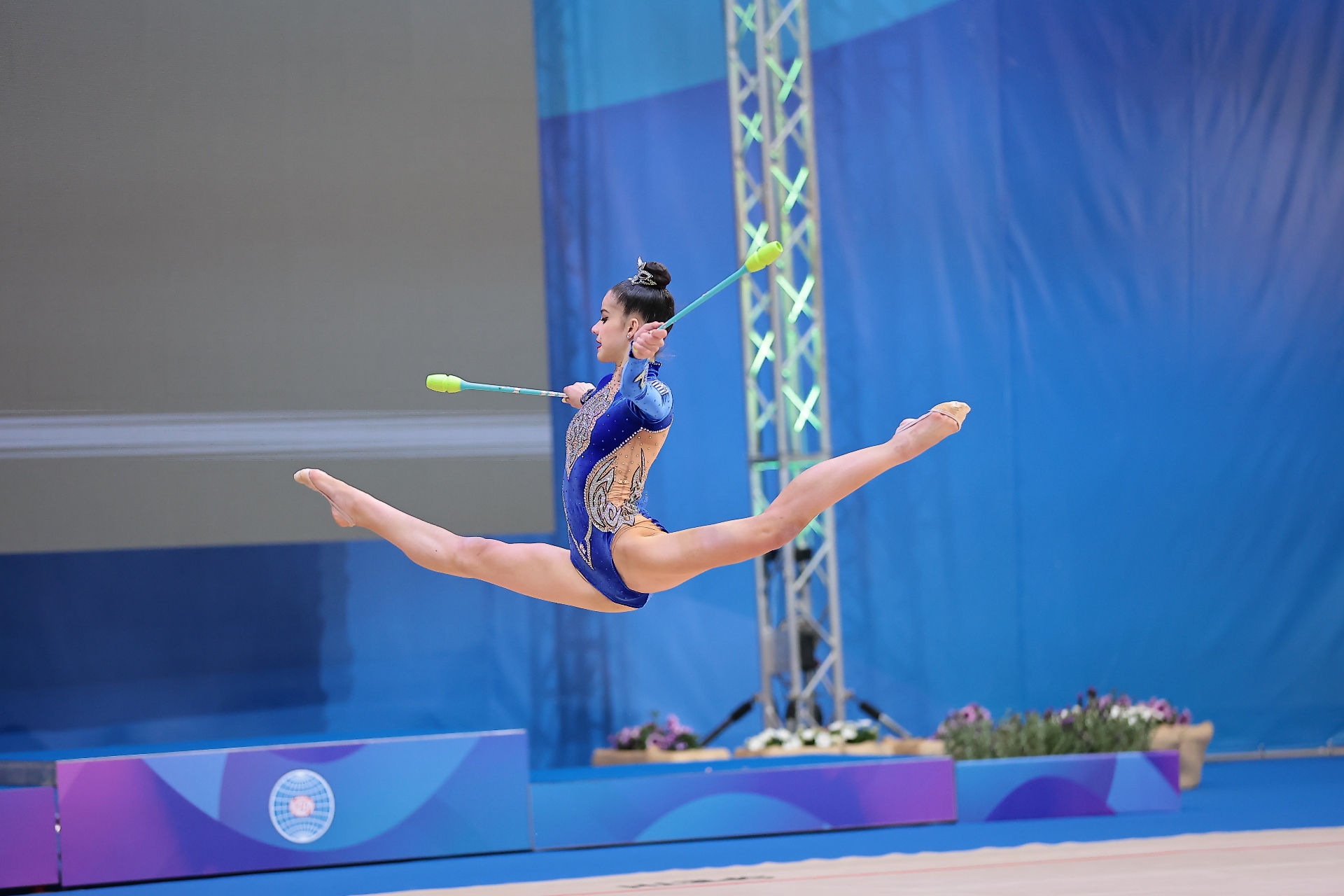 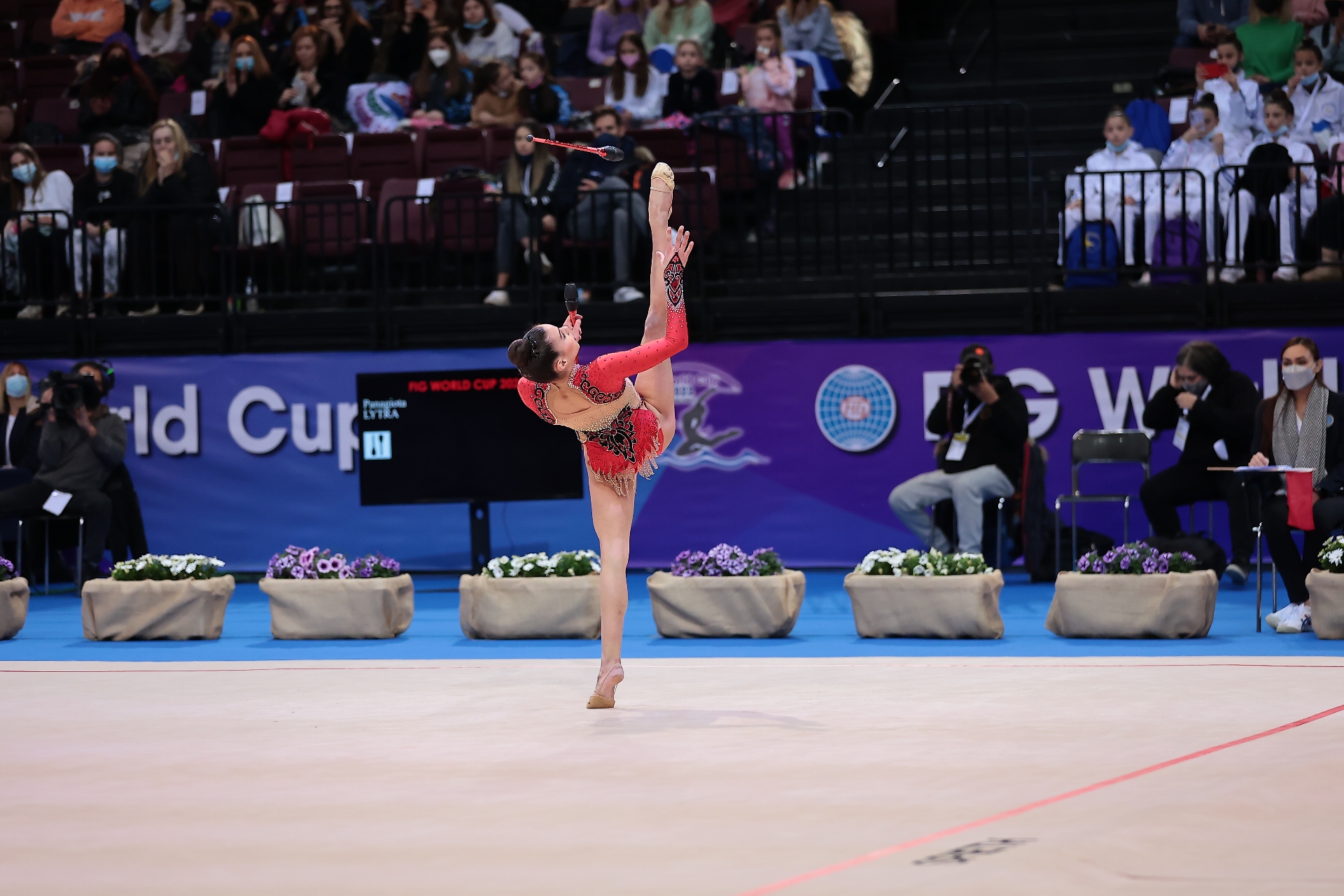 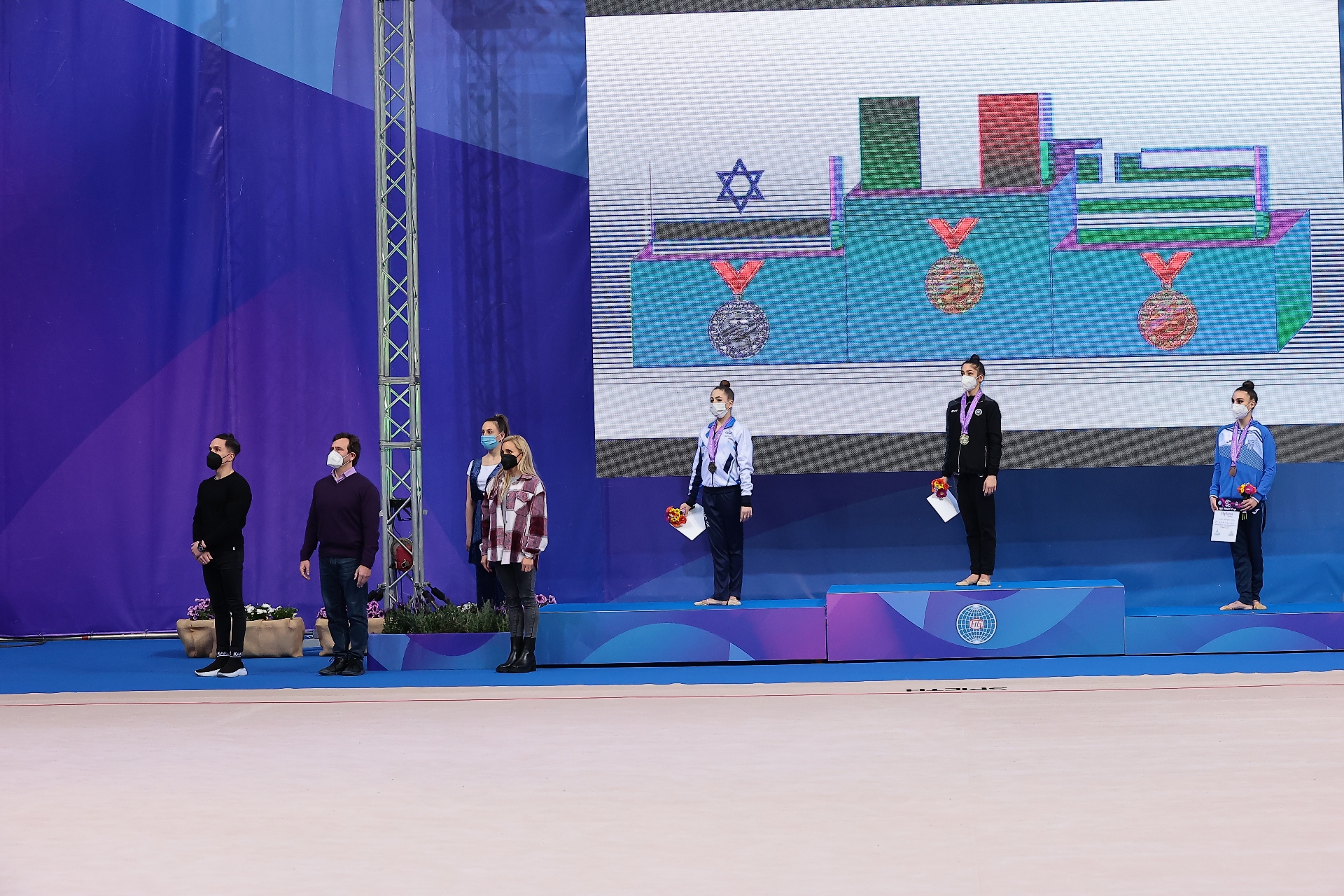 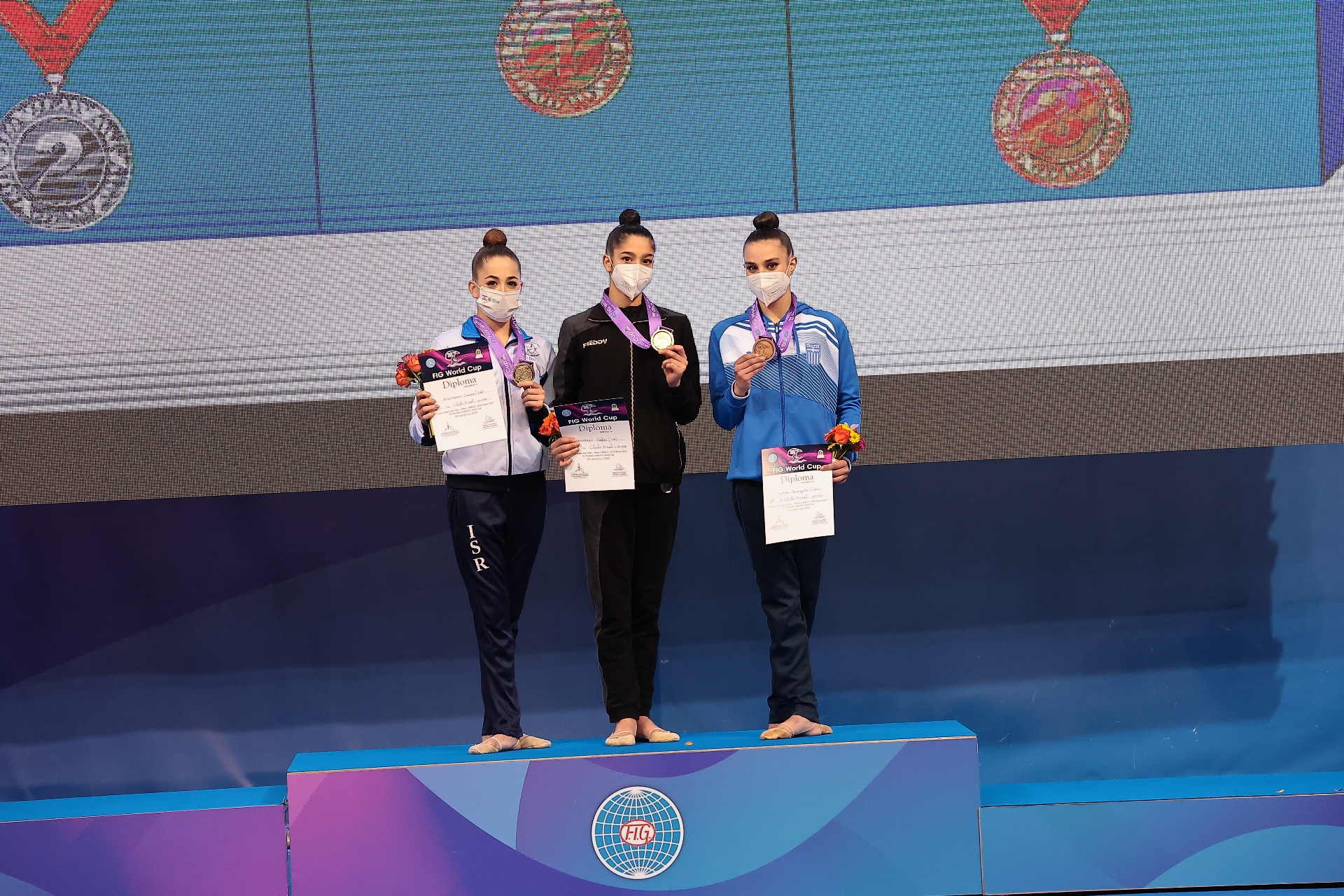 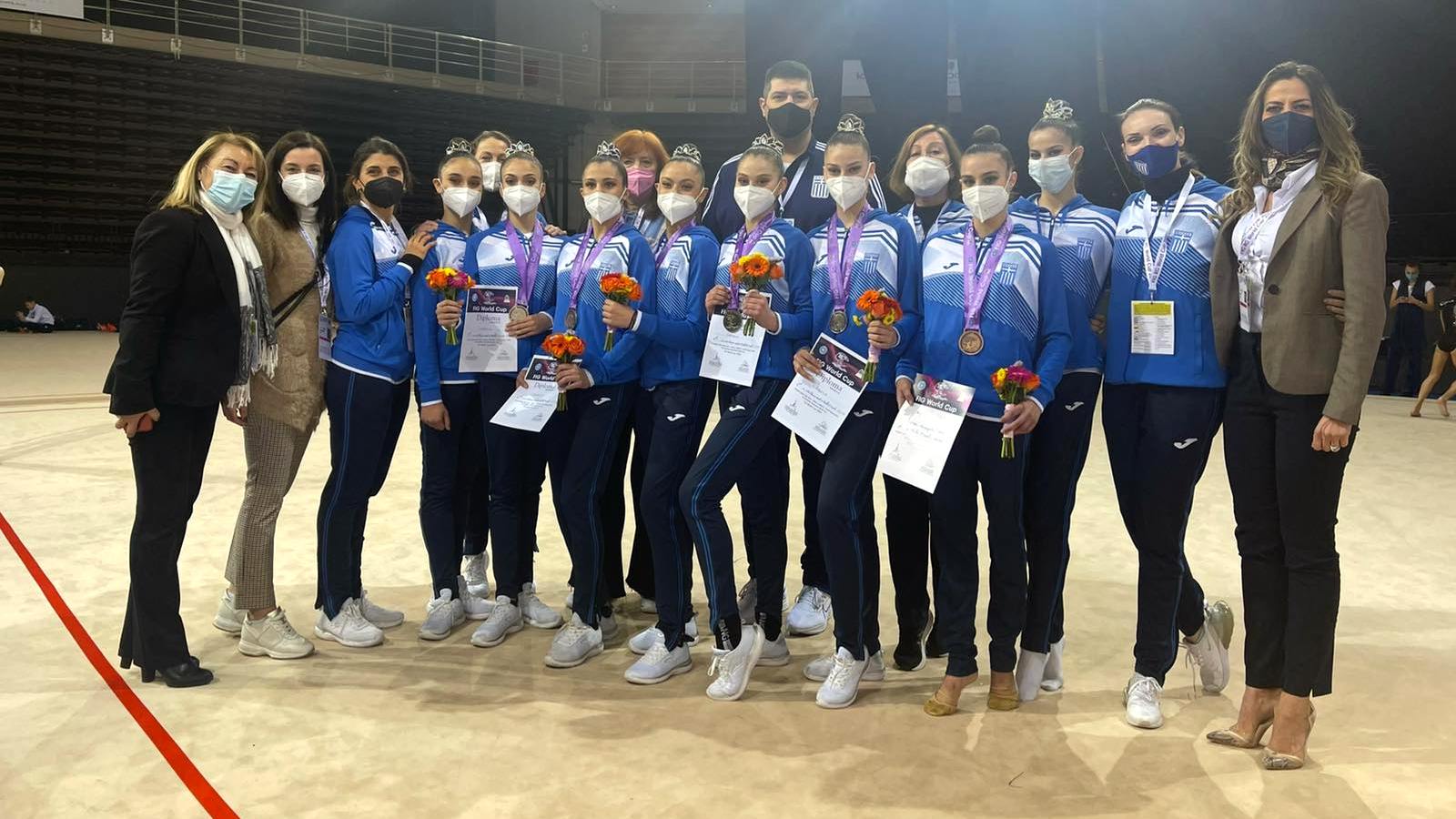 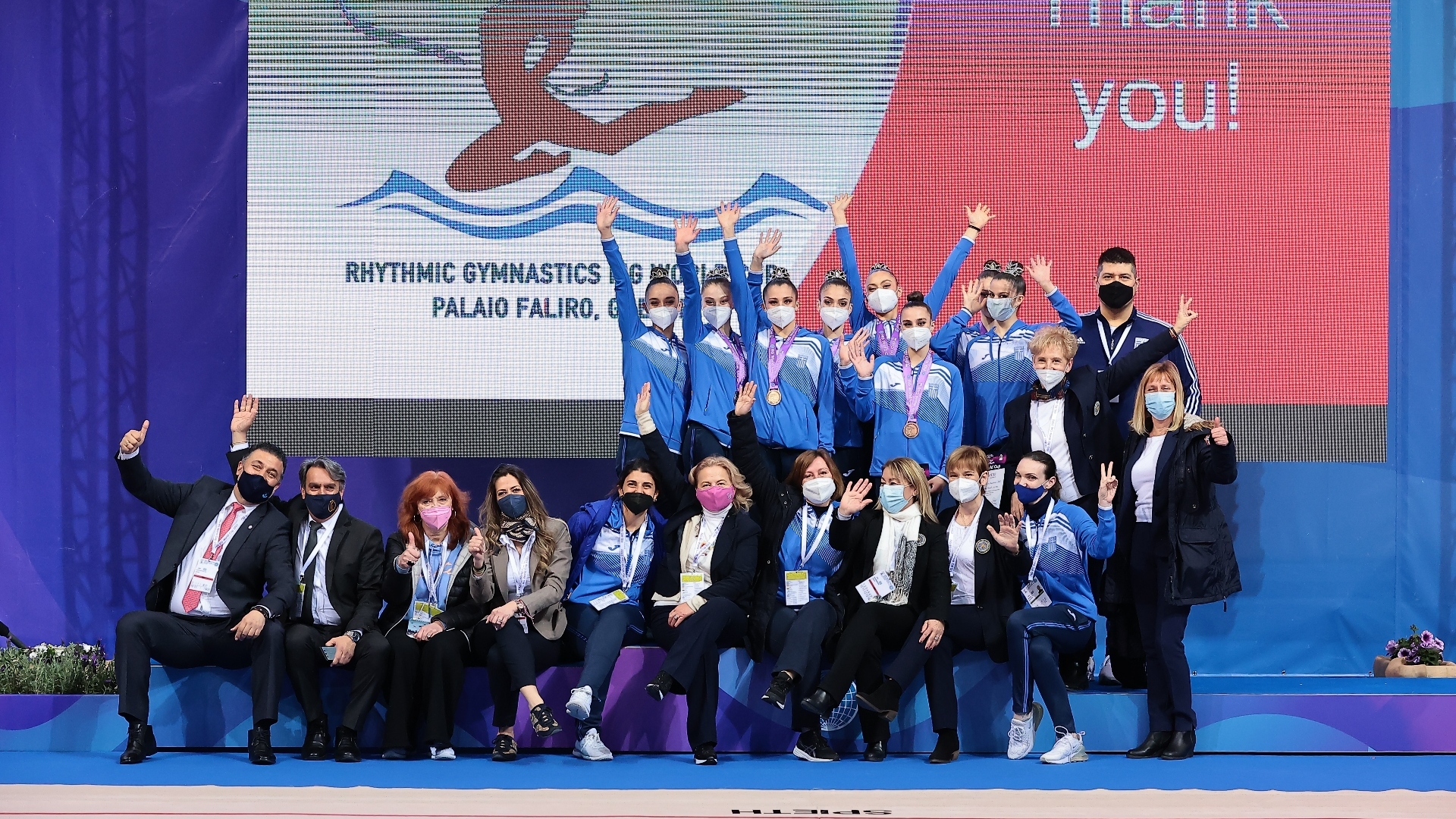 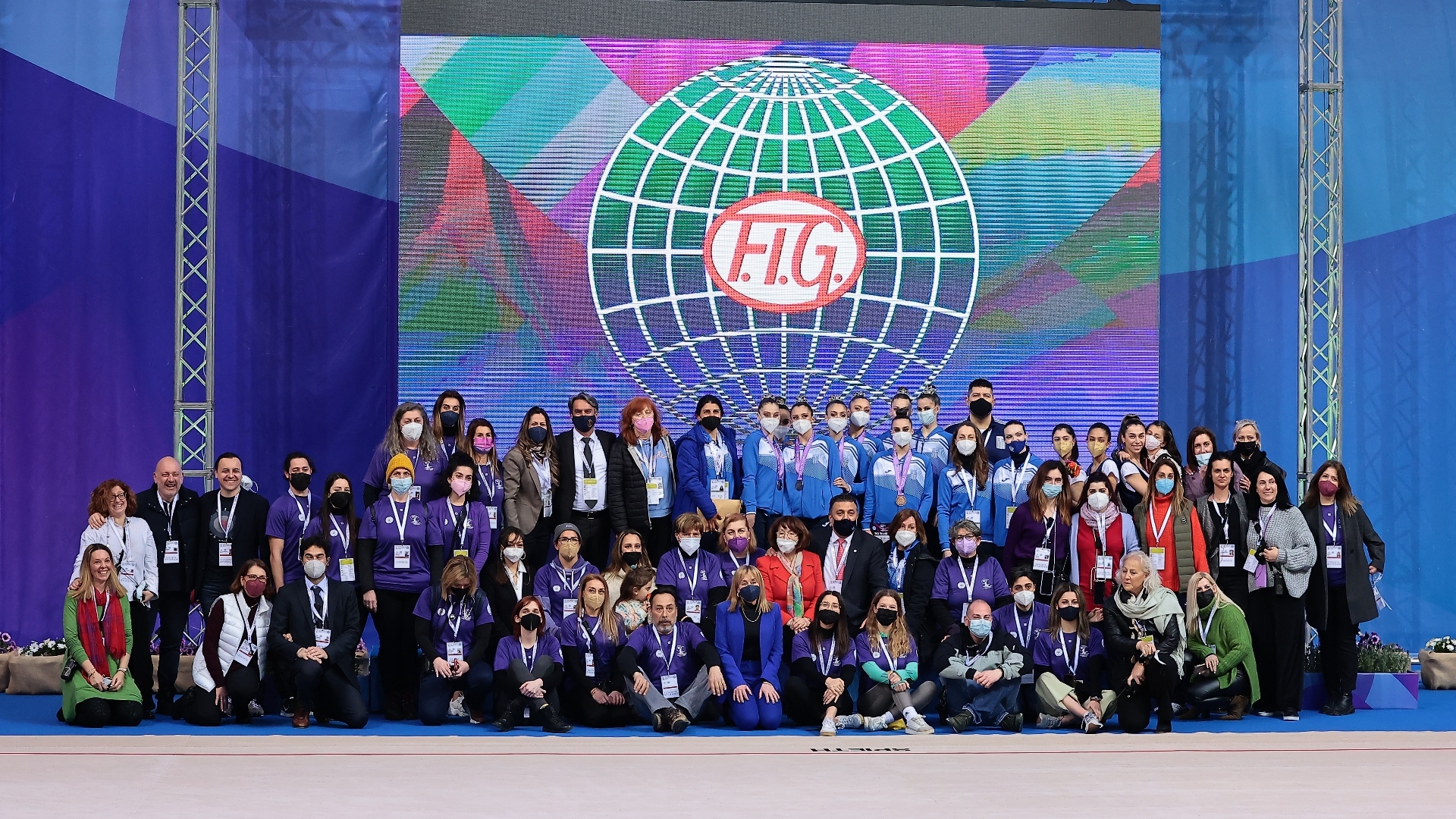