Interview with Morinari Watanabe: “I see a great future for the Hellenic Gymnastics Federation” (video) 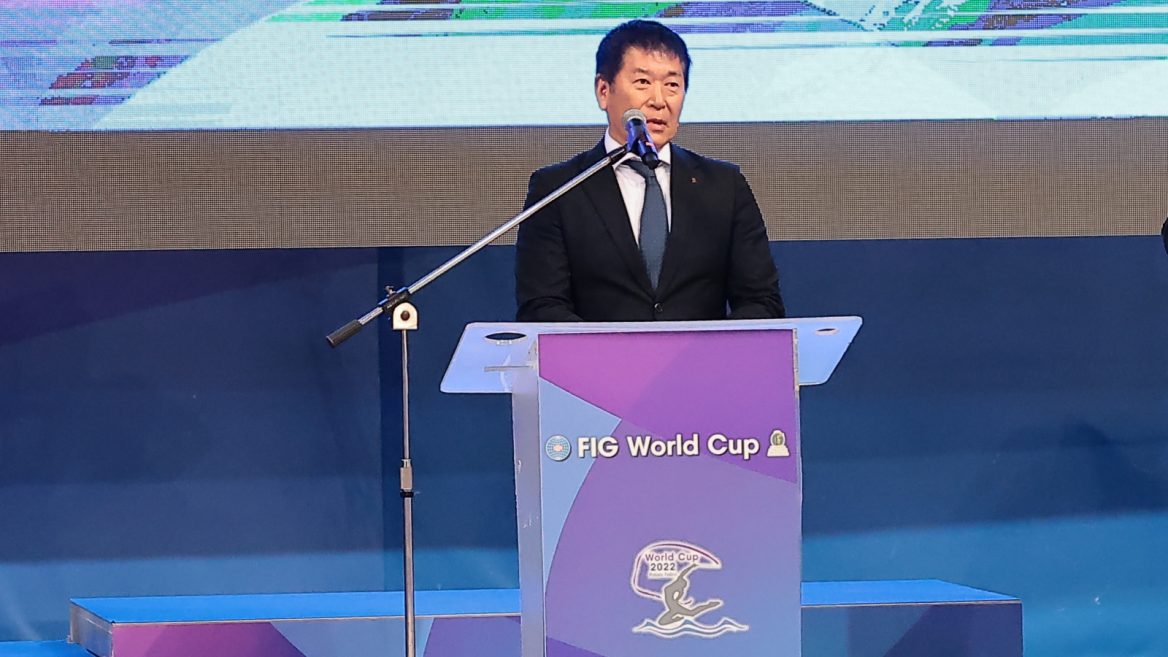 FIG President and IOC Member Morinari Watanabe shared his thoughts with the LOC about the FIG World Cup, the Hellenic Gymnastics Federation and Greece as the birthplace of the Olympic Games.

On the FIG World Cup:
“It’s been a fantastic competition. Especially with the pandemic and the war there was a big pressure about the event, but the gymnasts enjoy it, they show solidarity and friendship, and we’ve seen good competition”.

On the Greek Team:
“I remember in 2004 at the Olympic Games, the Greek Gymnastics team was very strong and I hope they will come back at the 2024 Games in Paris. This event is a big step for Greece ahead of the Paris Olympic Games, to enjoy success”.

On Greece’s Olympic legacy:
“Greece is an Olympic country not only in Gymnastics. They need to be strong in all sports. You know, nowadays, athletes from all over the world perform with Olympic spirit, which comes from Greece, hence they need to be strong to keep this long tradition”.

On Greece’s capacity to stage major international events:
“Greece is capable of organising major events in our sport. They have a proven track record in staging big events, like the Olympic Games and the World Championships. Of course, we feel the Hellenic Gymnastics Federation is a trusted partner for FIG”.